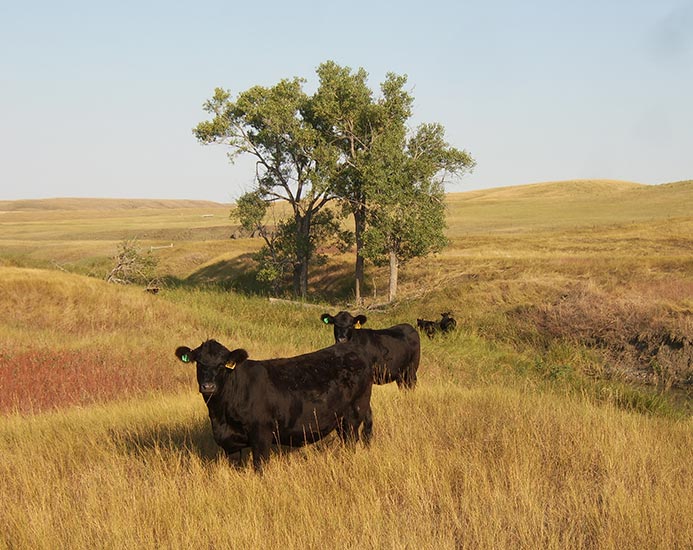 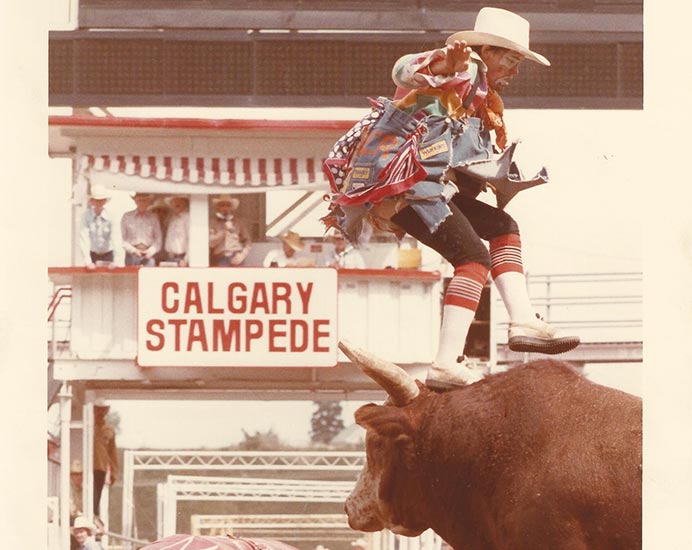 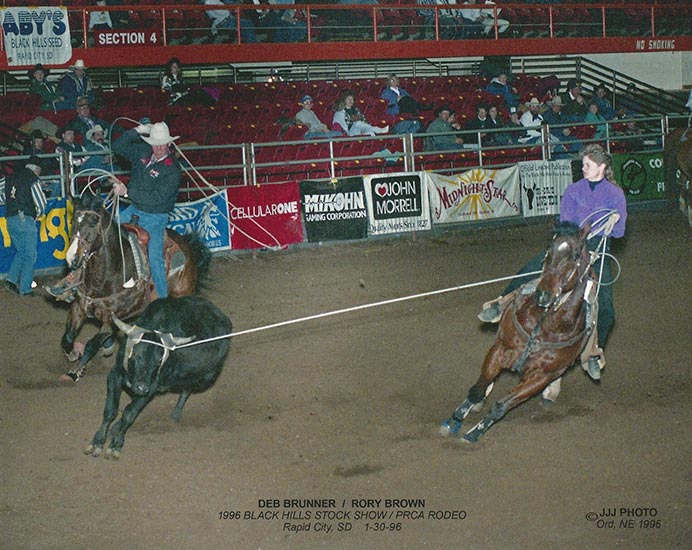 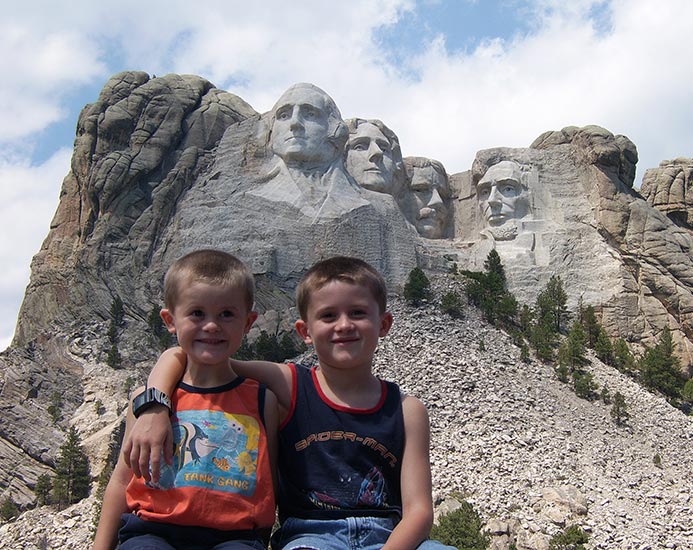 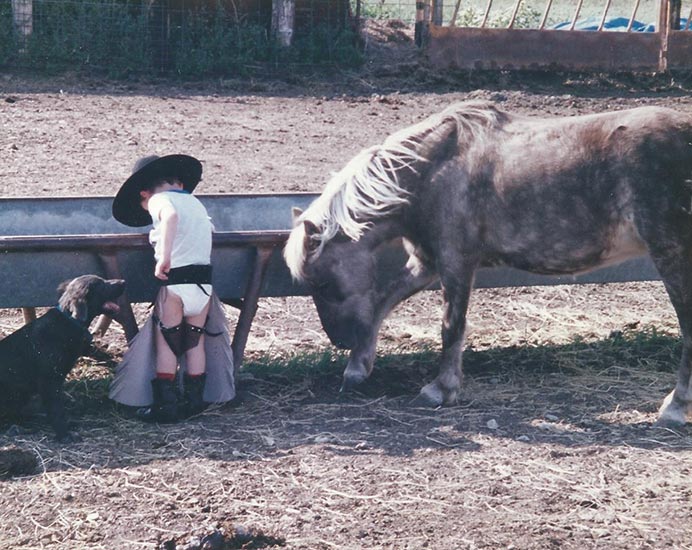 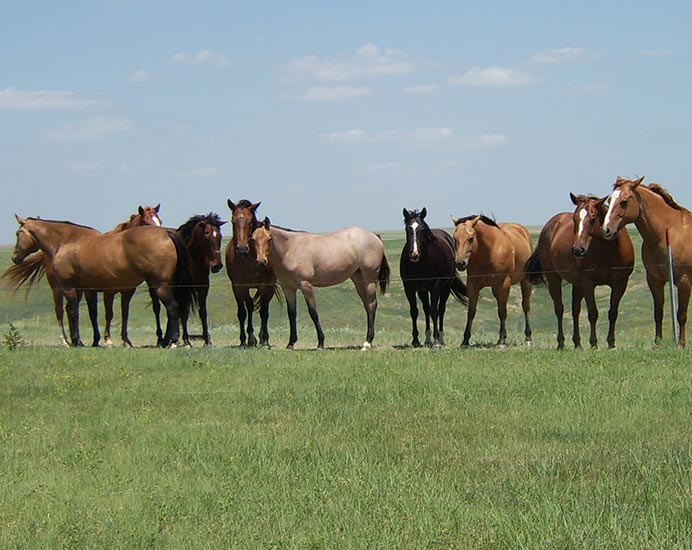 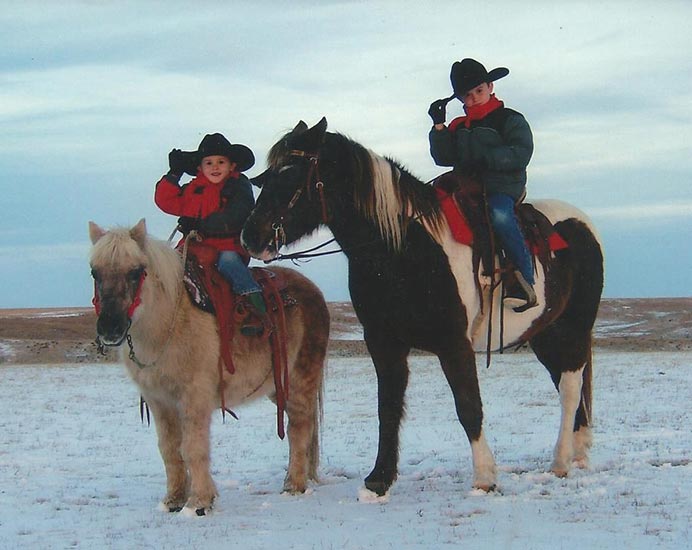 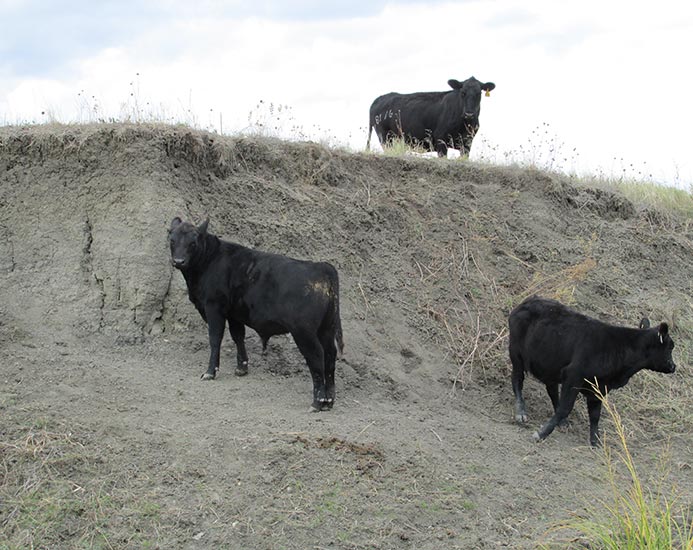 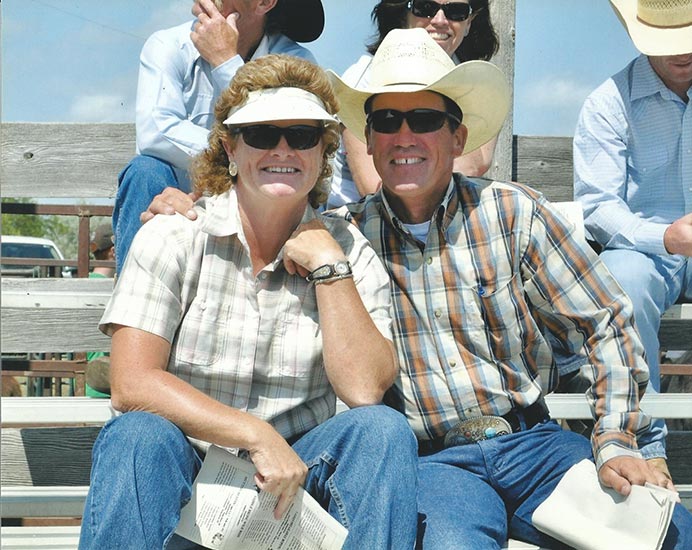 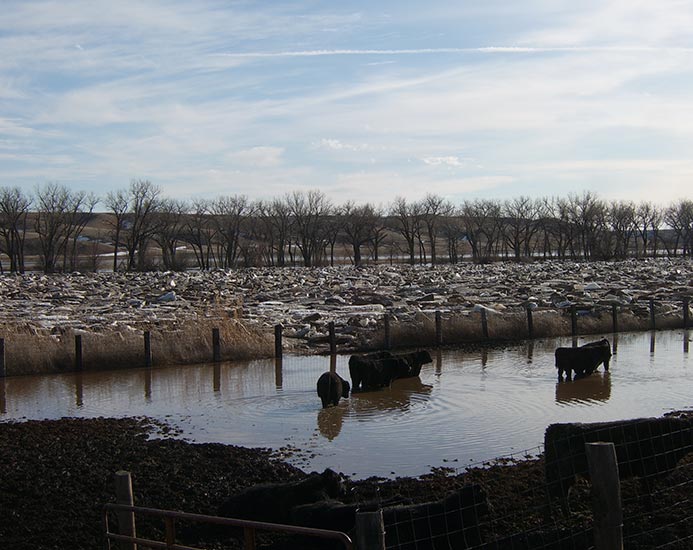 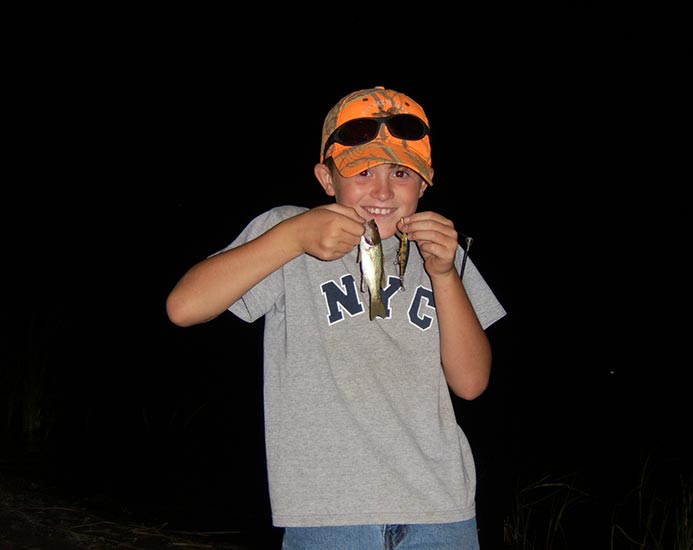 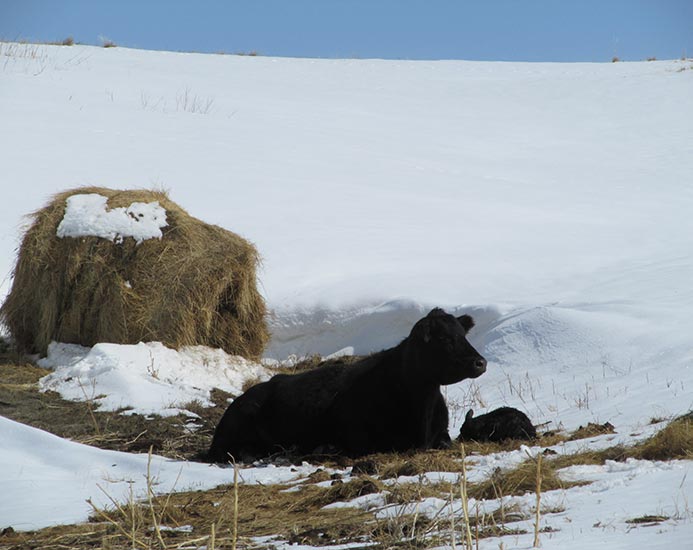 The Mowry family-Steve, Deb, Sage, and Shilo-welcome you to 'Ma & Pa Angus'! Our outfit is along the White River twenty miles southwest of Presho, SD. The first Angus cows on the ranch were owned by Eivald Ellefsen in 1918. Articles in The Aberdeen-Angus Journal dated 1928 report how his cows ran "unpampered" in the tough South Dakota winters. Another article in a 1947 issue tells how the cattle survived the drought of the 1930's. Not much has changed in a hundred years!

Steve's parents, George and Shirley, purchased the ranch in 1961 and ran a commercial cow herd while raising their three boys. Youngest son, Steve had a good year on the Wrangler Jeans Bullfighting Tour in 1983 and purchased his first 46 bred heifers that fall. He continued to grow his "nest egg" while performing as a rodeo clown throughout the 80's. In 1990 he quit professional rodeo to ranch full time with his dad. Steve met his match and married Deb Bruner in 1997. A better partner he could never have asked for! Her dad, Bob, unknowingly gave them the name "Ma & Pa Angus".

Today the Mowrys sell approximately 60 yearling Angus bulls the last Monday in April at Presho Livestock Auction. Females are sold private treaty. Like Mr. Ellefsen, the Mowrys run their registered Angus cows unpampered. They are tested in a commercial cattle environment. There is no time for troublemakers and culling is year around. The cows are pregnant in the fall or they go to town, just one calving season. Cows calve in a river hills pasture and are expected to protect and nurture that calf to a lucrative weaning weight. No creep feeders allowed. Fertility, udders, soundness, and fleshing-ease all rank ahead of performance. You may not find the largest black calves in South Dakota here, but you will find the kind that can survive the next one hundred years.